Lifestyle Magazine has a long tradition of featuring outstanding guests and timely topics that make every show helpful and thought-provoking. The goal of our hosts is to bring the very best to our viewers with every new season. 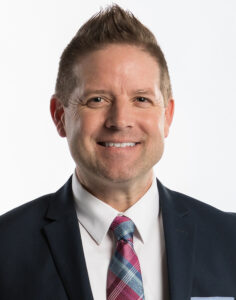 Amazon best-selling author and host of Lifestyle Magazine, Television’s #1 life coaching series, Roy Ice, has shared strategies for success, purpose, and happiness with celebrities, gold-medal Olympians, and with audiences around most of the Globe.

Ice joined Lifestyle Magazine’s team of experts for the 2021 season and helps viewers uncover the principles and proven methods to build their best life possible.  Through various live events such as Lifestyle Magazine Live Seminar and The Bible Lab he explores the consistent habits of happy and successful people. For more info click here. 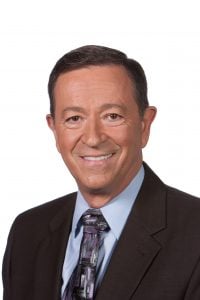 Mike Tucker has hosted Lifestyle Magazine since 2004. He brings his professional counseling experience to the show with a specific emphasis in the area of relationships. In addition, he runs a successful marriage ministry, Mad About Marriage, which includes television shows, a marriage blog, and weekend relationships seminars that are taught all around the world. Good Grief and The Choice are the other transformational seminars he provides from his extensive expertise as a counselor. He has authored several books including Mantras For Marriage and Tears To Joy. For more info click here.

A comprehensive approach to patient care is important to Dr. Long, along with an emphasis on patient empowerment through education. Her patients appreciate her warm personal demeanor and her willingness to listen and we know that Lifestyle Magazine fans will feel the same. For more info click here.

Obi Obadike is a celebrity fitness and nutrition expert.  Obi has been a co-host on Lifestyle Magazine since 2014 as the fitness and nutrition expert.   Obi was the co-host and co-judge (with Jillian Michaels (formerly of Biggest Loser) and Randy Hetrick, (founder and CEO of TRX) on a fitness reality competition show called Sweat Inc. that premiered on Spike TV in fall of 2015.  He has trained and dieted some of the most influential celebrities in the world and is known for his before and after transformations. He was named Writer of the Year for the largest Internet site in the world in Bodybuilding.com in 2012. He had a very popular bi-monthly fat loss column on the bodybuilding.com site called Ask The Ripped Dude on that site from 2011 to 2014.  And in January 2014, he was metrically recognized as one of the Top 10 most influential fitness experts on the Web by Dr. Oz’s Sharecare.com along with Jillian Michaels and Bob Harper from Biggest Loser and Dr Sanjay Gupta from CNN and others.  He was ranked as the 6th most influential fitness expert on the web by their metrics.  Follow him on twitter at @Obi_Obadike

Obi has helped celebrities like Morris Chestnut and Stephen A. Smith get into the ‘best shape of their lives’ and has been featured on the cover of more than 30 fitness magazines. For more info click here.

Bringing expertise in several areas to Lifestyle Magazine, Lynell will focus on areas of our lives where people don’t often think about health, but in reality, our Choices and Personal Outlook can greatly affect our overall health. For more info click here.

Dan Matthews served as executive director for the Faith For Today television ministry and host of Lifestyle Magazine for 19 years, until his retirement in 1999. Today, as Speaker Emeritus, he continues to represent Lifestyle Magazine and Faith For Today throughout the world at speaking appointments, on television programs, and at conferences. In addition, Dan Matthews is an associate Pastor at the Loma Linda University Seventh-day Adventist Church. 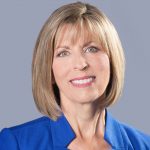 On April 10, 2016, late in the afternoon, Gayle Tucker passed away peacefully at home surrounded by her family.

Gayle joined Faith For Today in 2004 and worked to connect the ministry to local congregations through innovative programming and live seminars. In 2007, she began co-hosting Lifestyle Magazine, and in 2009 she joined the Faith For Today television team full-time as Associate Speaker for the ministry.

Although Gayle was a partner in ministry as Mike’s wife, she was a minister in her own right. She worked as an Associate Pastor at the Arlington Seventh-day Adventist Church in Arlington, Texas for 16 years. She served as the Pastor of Administration, Music, and Worship, with focus areas in Children’s and Women’s Ministries. Gayle was the first woman to become a Credentialed Commissioned Minister in the Southwestern Union Conference of Seventh-day Adventists. Prior to pastoring in Arlington, Texas, she spent multiple years as a schoolteacher.

Gayle’s background in Elementary Education was influential in making family relationships an emphasis in her ministry. Gayle and Mike have traveled North America as co-presenters for From This Day Forward and Love For A Lifetime marriage conferences, and co-created Mad About Marriage, a seminar project that includes: a television series, marriage seminars, and small group curriculums.

She was also co-author of the books: Mad About Marriage, Mantras for Marriage, and Marriage Moments.

Members of the Faith For Today team remember her as a gracious, fun, gentle and wise leader. She was often referred to as the “glue” that made everything work well together. Her passion for family, her mentorship role in ministry, her love for Christ and her devotion to Mike has made an impact upon this world that cannot be measured. Her legacy of love and ministry will shine on in all who knew her. We celebrate Gayle’s life and look forward to seeing her again when Jesus returns to take us to the earth made new.